Biosecurity has traditionally been a domain of government, with the federal government taking responsibility for people and goods entering the country, and states and territories managing pest animals, weeds and pathogens within their borders.

Increasingly, it is recognised that effective biosecurity requires all Australians to take responsibility.

To help that mission, 8 organisations, along with support from the state and federal governments, joined together to create the Decade of Biosecurity initiative. Together, we propose that Australia declares the 2020s a decade to reimagine our biosecurity system, engage all Australians in biosecurity and enact more inclusive, ambitious and effective biosecurity measures.

Animal Health Australia is a not-for-profit public company that facilitates innovative partnerships between governments, major livestock industries and other stakeholders to protect animal health and the sustainability of Australia’s livestock industry.

Invasive Species Council is an independent organisation formed in 2002 to keep the Australian environment safe from invasive plants, animals and diseases. It seeks to do this by catalysing strong, collaborative biosecurity.

The Centre for Invasive Species Solutions is a national collaborative research, development and extension organisation, formed to tackle the ongoing threat from invasive species. They bring together government, industry and research partners to develop coordinated and collaborative RD&E portfolios and  innovation pipelines that meet national invasive species challenges.

Plant Health Australia is the national coordinator of the government-industry partnership for plant biosecurity in Australia. PHA works to minimise pest impacts on Australia, enhance market access and contribute to industry and community sustainability.

Landcare Australia is a national not-for-profit organisation established more than 30 years ago that supports the landcare community with funding, capacity-building, on-ground projects, information, networking and promotion of landcare achievements.

The National Farmers’ Federation (NFF) is the peak national body representing farmers and, more broadly, agriculture across Australia. It is one of Australia’s foremost and respected advocacy organisations.

The National Landcare Network gives a voice for Community Landcare across the country with over 2000 active State and Territory Landcare Organisation members representing 6000 plus individual Landcare groups and over 160000 Landcarers across Australia.

Freight & Trade Alliance (FTA) is Australia’s leading representative body for the international supply chain sector bringing together importers, exporters, customs brokers, freight forwarders, logistics service providers and industry groups.
'Here in Australia, we have so much worth protecting. Our wellbeing, our industries, and our natural environment all rely on our biosecurity system to keep them free from pests and diseases. A changing climate and re-opening of international trade and tourism are going to ramp up the pressure on our biosecurity system. We need to make sure it’s up to the challenge. To continue to protect our primary industries, our precious environment and our way of life we need to build a biosecurity system ready for 2030. And we need to start now!' 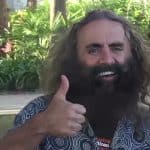 WHY THE DECADE OF BIOSECURITY?

‘In order to achieve our reach, we need to amplify the biosecurity message. This means more engagement, more participation, and more space for diverse views. We need guerrilla campaigning – it’s communities and people who are going to lead us out of this. We need to have a platform at the top, so the people at the top can hear us.’

‘Through the Decade of Biosecurity, we seek to put industries, businesses and community members at the centre with governments so that together we can achieve a stronger biosecurity system to better protect our economy, environment and way of life. We need to build a biosecurity system ready for 2030. And we need to start now. We want to ensure that every individual Australian, business and organisation recognises and understands their role and the important contribution they can play in creating a stronger and more resilient biosecurity system.‘

‘By 2030, Australia will see a doubling of international passenger arrivals and containerised cargo traffic will increase 170% to 2032. We need to work more collaboratively and smarter, with more efficient systems to keep future pests and diseases out. Prevention is a key part of the solution and new techniques like environmental DNA surveillance, drone detection using thermal regulation, artificial intelligence and recognition are just some of the new innovations on the horizon which could be game changers for the biosecurity system if we strengthen efforts now.’

WHERE YOU COME IN

We invite all of you to join us in making the 2020s the national Decade of Biosecurity!

To find out how you can be involved contact us here:

The aims for Biosecurity 2030 are based on the five-point plan launched at the 2019 Symposium and include: